2. He is best known for portraying a semifictional version of himself in the sitcom Seinfeld , which he co-created and co-wrote with Larry David.

3. Seinfeld also co-wrote and co-produced the 2007 animated film Bee Movie, in which he voiced the protagonist.

4. He directed Colin Quinn in the Broadway show Long Story Short at the Helen Hayes Theater, which ran until January 2011.

5. In his stand-up comedy career, Seinfeld is known for specializing in observational humor, often focusing on personal relationships and uncomfortable social obligations.

6. In 2005 Comedy Central named him the 12th-greatest stand-up comedian of all time.

7. Seinfeld developed an interest in stand-up comedy after brief stints in college productions. In 1979, he had a small recurring role on the sitcom Benson, playing Frankie, a mail delivery boy who had comedy routines that no one wanted to hear.

8. However, Seinfeld was abruptly fired from the show due to creative differences.

9. Seinfeld created The Seinfeld Chronicles with Larry David in 1988 for NBC.

10. The show was later renamed Seinfeld to avoid confusion with the short-lived teen sitcom The Marshall Chronicles.

11. By its fourth season, it had become the most popular and successful sitcom on American television.

12. The final episode aired in 1998, and the show has been a popular syndicated re-run. 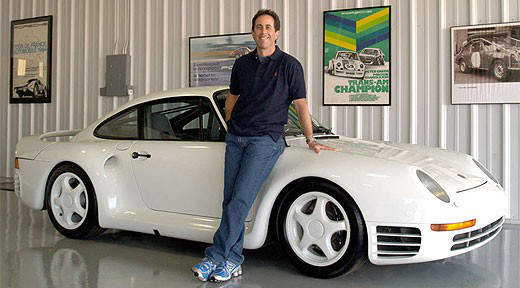 14. Seinfeld holds the distinction of being the only actor to appear in every episode of the show.

15. Seinfeld has said that his show was influenced by the 1950s sitcom The Abbott and Costello Show.

16. In the “Seinfeld Season 6” DVD set, commenting on the episode “The Gymnast”, Seinfeld cited Jean Shepherd as an influence, saying, “He really formed my entire comedic sensibility—I learned how to do comedy from Jean Shepherd.”

17. From 2004 to 2007, the former Seinfeld cast and crew recorded audio commentaries for episodes of the DVD releases of the show.

18. After he ended his sitcom, Seinfeld returned to comedy rather than continue his acting career.